Thank you for subscribing.

We respect your privacy and take protecting it seriously

FUE Europe (FUEE) is a regional hair transplant organization that accepts members from across the globe. They began in 2011 as the brainchild of a small group of physicians in Europe, who came together to discuss follicular unit extraction (FUE), currently the best hair transplant technique for patients. WFI formed in 2015 because the ISHRS withdrew their support from a planned conference in Istanbul, Turkey, hosted by Koray Erdogan. In 2011, FUE represented a small portion of all hair transplant procedures across the globe. Most of these procedures, however, were done by physicians who practiced FUE full time because they understood its promise. FUE promised better results than previous techniques but also required more time per procedure and more considerable training.

Initially, therefore, only a small number of surgeons adopted the technique. The ISHRS itself did not recognize the full potential of FUE in 2011, and lectures were limited to no more than 30 minutes of what, typically, are four-day ISHRS meetings. FUE did not originate in Europe, but an influx of young surgeons interested led to its establishment there and FUE Europe resulted from this focus. In sum, FUEE exists to facilitate a greater emphasis on FUE and because Europe adopted FUE before the remainder of the world.

The first FUEE meeting consisted of eight physicians. Talks often lasted 30 minutes but we focused on discussions and these would last much longer than talks. In 2016, FUEE’s annual meeting had a breakout year in Brussels; they enjoyed the participation of over 70 attendees and an esteemed faculty. Dr. Chris Bisanga organized this meeting, which was fantastic and included a full day of live surgery to open the meeting. The live surgery took place at the offices of Drs. Patrick Mwamba and Chris Bisanga. In 2017, FUEE continued to grow and over 100 attendees at its annual meeting in Ankara, Turkey, the following year. This meeting was hosted by Ozgur Oztan. Dr. Oztan included the first cadaver workshop dedicated to FUE at the University of Ankara Department of Anatomy. Of note at this workshop, they performed the first adipocyte stem cell injection of fat harvested from the scalp. The response was subtle but positive.
And, as before, FUEE continued to grow the following year. Over 130 physicians attended our 2018 annual meeting in Malaga, Spain. Also, in Malaga, FUEE had its first live telecast for the benefit of surgeons that could not attend. Dr. Bisanga organized most of this meeting and it was a huge success.

WFI formed in 2015 under the direction of Koray Erdogan, Bijan Feriduni, and Jose Lorenzo. This was a monumental moment because at the same instance this society formed, the world changed in favor of FUE. WFI was the first society to challenge the existence of the ISHRS because the most important names in FUE formed this society. While Dr. Cole was a formative figure in FUE, he took a back seat at the same time Koray Erdogan and Jose Lorenzo carried the FUE flag. Thus, WFI instantly became the most important society with regard to FUE. WFI held their subsequent meeting in Athens, Greece followed by Avignon, France. Both societies continued to grow and flourish as FUE became a larger part of hair restoration surgery. Nevertheless, those in leadership of the International Society of Hair Restoration Surgery (ISHRS) continued to focus on strip harvesting and the destruction of patients.

A clear rationale for a magazine devoted to FUE emerged. The focus is better outcomes for patients along with developments in regenerative medicine.

FUE Magazine is an open source publication for those with an interest in hair loss treatment.

Please send any and all relevant articles for FUE Magazine to editor@fuemagazine.com. We hope you enjoy our publication and we look forward to your input and articles!

Advanced FUE Instruments are No Substitute for Experience 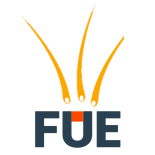 Is Medical Tourism Worth It for Cheap Hair Transplantation?